The 24mm T14 2x PeriProbe not only inherits all the great features from the 24mm T14 2x Probe lens, a new tube with periscope is now also included. The new 90° Periscope tip unlocks countless new exciting movement. The 85° AoV and a very close 2cm working distance help created the bug-eye perspective. The 2x magnification allows for capturing subjects of different sizes with details. Users could poke the long and waterproof barrel into a tight space and underwater to obtain a unique perspective. The LED Ring Lite provides an extra light source. Users could also switch the 90° periscope back to the 0° straight scope. The lens could rotate 360° along the axis by unlocking the orientation ring. Additional accessories can also be mounted at the tip of the lens through the 1/4 screw hole.

Laowa 24mm T14 2x Periprobe is dedicatedly designed for Full Frame sensors. It hesitates all the features from Laowa 24mm f/14 2x Probe and adds a whole new periscope characteristic. The lens gives you a new perspective and improves flexibility in terms of setups and camera operation.

Users can hold up or down the camera with the Periprobe to create a periscope perspective. It is useful when you shoot something unreachable like the tree hole at 7’ tall or the crab hiding in an underwater cave. It also makes your set-ups easier since you do not need a big tank and waterproof housing for this shot.

It is nearly impossible to travel between objects that are close to each other unless you make a complicated mechanism with programs to move the objects back and forward to prevent from colliding. It is very time-consuming and pain for videographers to have this pre-shoot preparation. With Periprobe, you could simply travel through the tight space by rigging the cameras on sliders and tripods.

With 2x magnification, 85° wide AoV and close working distance, users could create a special close-up face-up and face-down shot that other lenses cannot do.

It is difficult for photographers to film close to the ground as there are always restrictions in set-ups, like the cameras and the lens itself are always obstacles. Some users would dig a hole in the ground for the cameras or need a more complicated pre-shoot set-up. With Periprobe, you could simply stick the lens tip to the ground.

Users could use the clutch mechanism to unlock the orientation ring for perspective adjustment and different motion movements. The 0.8 Mod gear allows users to install the focus gear for smooth perspective movements.

There is a direct view module included in the lens set. Users could switch back to the probe perspective with a few simple installation steps.

The threaded tip allows for the mounting of accessories like lighting or provides an attachment point for stabilization.

Bug-eye perspective
The 24mm T14 2x Periprobe has a wider perspective i.e. 85° than other macro lenses which more background infomation can be captured. The lens is able to focus really close to the subjects i.e. working distance=0.8”/2cm at 2x magnification. It makes everything bigger than life size with great details to create a stunning ‘bug-eye perspective’.

Deep Depth of Field
The Periprobe has a wider perspective than other telephoto macro lenses and the aperture range starts from T14 to T40; therefore, it would have a greater depth of field at close distances. It is beneficial when shooting wildlife and in a studio as more information of the background can be included.

Waterproof front barrel
The front barrel of the Periprobe is waterproof so users could make underwater shots without a housing to get unique shots that other lenses cannot do. Users could also make use of this feature to create a first-person view like pouring liquid on the lens. 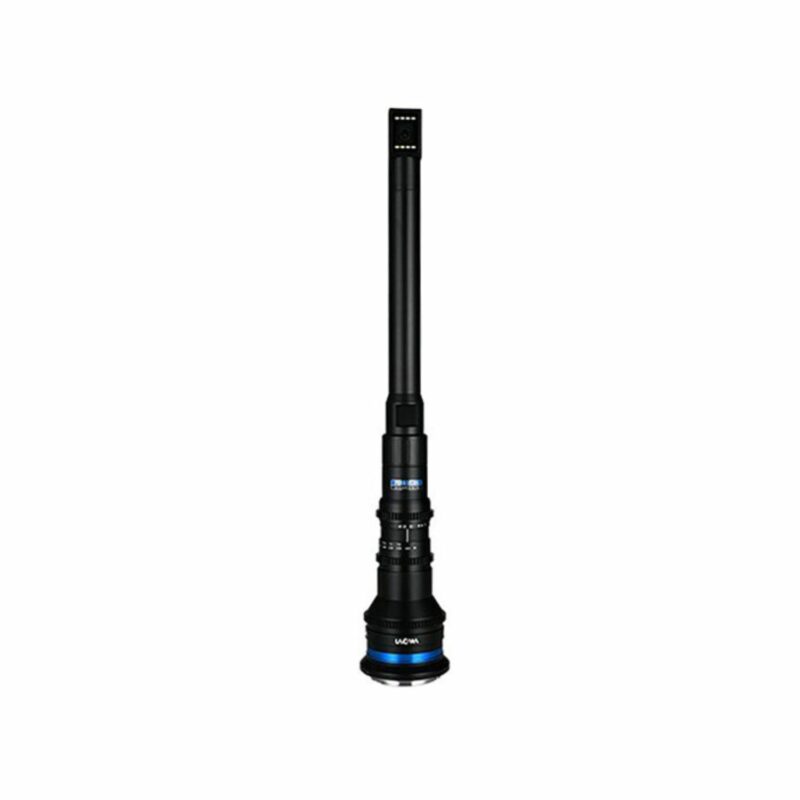