Get the most out of burst shooting

With their extremely fast write speeds, Sony XQD G Series Memory Cards are ideal for continuous RAW burst shooting with high-end DSLRs. Capture up to 200 RAW images in a burst—1.5x more than with the fastest Compact Flash cards.

Sony’s XQD memory cards are Shockproof, magnet proof, anti-static and resistant to breakage, and offer full performance even in extreme temperatures, under exposure to intense UV light and airport X-rays machines. Designed for prolonged professional use, Sony XQD cards are tested for dependable storage, wherever you need to shoot.

Sony XQD G series memory cards are designed to keep pace with the shooting speed of your camera, to clear the memory buffer fast. You can capture more decisive moments and bursts of continuous shots, even with high-end DSLRs.

Designed for professional use, the QD-G240F, QD-G120F and QD-G64F offer superior strength up to 2.5x greater than XQD standard. The additional rigidity is tested to 50 Newtons of force to prevent risks of flexing and bending caused by transport, and repeated insertion into card slots4. (1) XQD standard (2) QD-G240F/QD-G120F/QD-G64F.

Exceptional durability even during intense use

Sometimes things go wrong and data such as photos and files get damaged or lost. Sony’s File Rescue is a powerful tool for recovering damaged or lost data that is simple enough for anyone to use. Applying an advanced algorithm, Sony’s File Rescue realises a higher rate of recovery for RAW image, MOV files and 4K XAVC-S video files captured on both Sony and Nikon devices. Available as a free download to memory card customers. 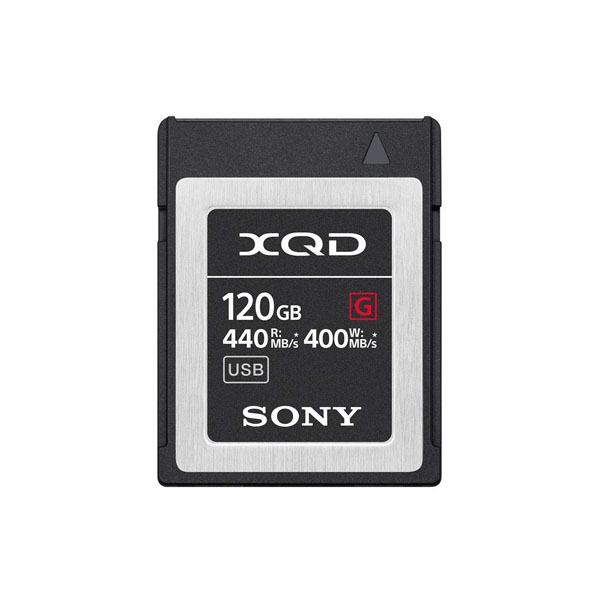